Navn
Clive Ballard
Stilling
VisIting Professor, SESAM; Professor, Pro-Vice Chancellor and Executive Dean
Arbeidssted (evt.)
University of Exeter, UK.
Foreleserinformasjon
Professor Clive Ballard is is a psychiatrist who was driven to study dementia after witnessing the poor conditions in which people with dementia were cared for. He has led or co-authored well over 600 research papers and attracted grant income in excess of £150m over his research career, and has won several awards including the Weston Brain Institute Outstanding Achievement Award. Clive has led more dementia and cognitive health trials than anyone else in Europe over the last decade. He was featured in the Lancet Neurology for his achievements.

His main research specialisms are drug discovery, dementia prevention and improving care for people with dementia in residential homes. He is also an expert in Lewy Body Dementia and Parkinson’s Disease Dementia, and is an advocate of better prescribing and treatment pathways to improve outcomes for individuals. Before joining Exeter, Clive held directorship roles at King’s College London Institute of Psychiatry and at the Alzheimer’s Society. He was pivotal in the successful campaign to overturn a NICE decision and make anti-dementia drugs available for people with dementia.
PROGRAM
Dementia research in pandemic situation. Results from PROTECT and care home study eWHELD. 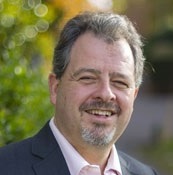